Since the mid-70’s Hardy has been an active in the leather community and a member of many BDSM/Fetish organizations including Dallas Motorcycle Club, Leather Rose Society, NLA-Dallas, Discipline Corps and a founding member of Inquisition-Dallas. Considering himself a “Pain Technologist” he specializes in CBT and has an unusual fondness for clips clamps and clothespins, as well as just about all SM play. Professionally he is a marketing and digital experience specialist as well as a filmmaker. His documentary on the leather lifestyle “LEATHER” has won numerous awards and appeared in festivals around the world. Outside his career, he is a gay activist, author & speaker on aspects of the SM/Leather scene. His books “The Family Jewels, A guide to male genital play and torment” published by Greenery Press and “More Family Jewels”, Playing With Pain” And “Soul of a Second Skin”.  His latest book, “Shouts in The Wilderness – Daily Meditations for Leatherfolk” is available on Amazon.com and at kinky bookstores everywhere.  He also does a killer kinky magic act!

He is the recipient of numerous awards including the NLA-I Man of the Year award in 1999 and the NLA-I Lifetime Achievement award in 2007, the National Gay and Lesbian Task Force Leather Leadership Award in 2010, the Jack Stice Memorial Award,  and Pantheon of Leather South Central and President’s Awards and  most recently the Marcus Hernandez Lifetime Achievement Award. 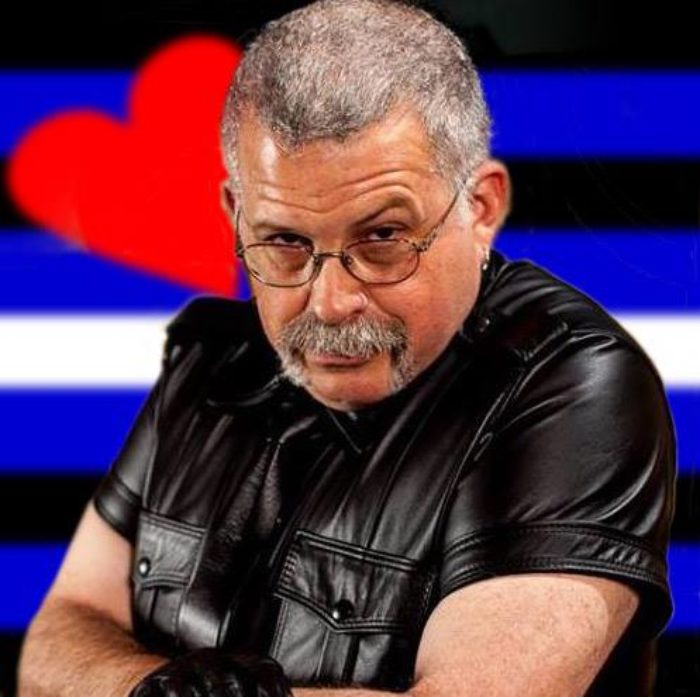